LEAP presents… JOURNEY TO THE IMPOSSIBLE 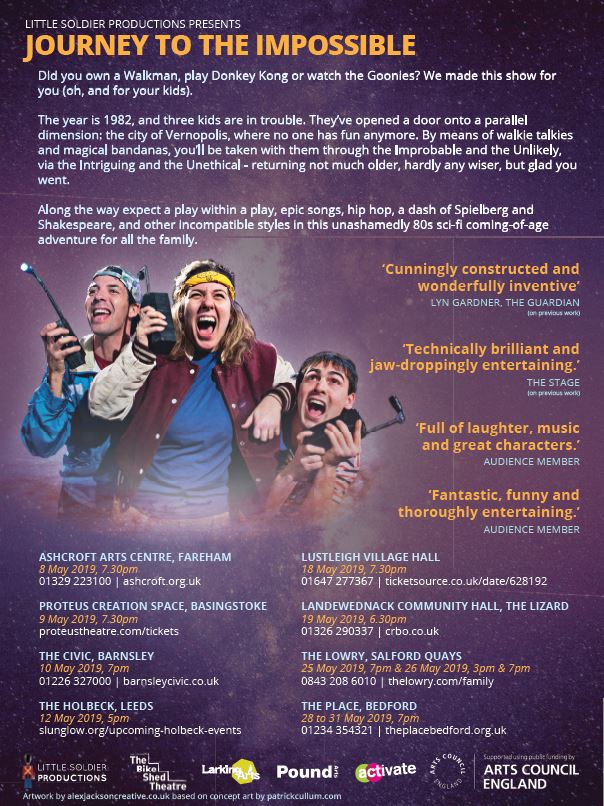 This is the next event from LEAP and promises to be a lively one.  The show has been devised by the two directors, Merce  and Patricia, in collaboration with Matt Harvey (local Totnes poet of BBC Radio 4 and other fame, although I am sure you all know that already especially if you came to see his very funny show in the village hall back along). It should be a quirky and unusual event with lots of physical activity and comedy. Another collaborator has been Dan Lees, award winning comedian and co-founder of the London Clown Festival. The designer, Sophia Clist, is Devon based and likes to make sets that can be manipulated and transformed…

Just as well, as three children are about to find themselves in trouble in 1982 when they open a door in their uncles’ attic and end up in a parallel dimension!  We should expect a dash of Spielberg, sci-fi adventure, Shakespeare and other incompatible styles laced with songs and dance. It’s  a family show but you could also come on your own to make sure you can help the heroes stranded in Vernopolis.